This hearty, Vietnamese soup boasts heaps of rice noodles, thinly sliced beef and a piping hot, aromatic broth. With origins believed to trace back to northern Vietnam in the late 1800s, pho has been around for quite a while.

If you’ve never eaten—or maybe never even heard of—pho, read on to find out what you need to know before ordering.

Probably the most commonly known/ordered style is pho bò (beef-based). More specifically, what you see in photos is: pho tái; this comes with raw, sliced beef that is then quickly cooked by the steaming broth poured over it. Brisket and flank can also be tacked on; or for more adventurous eaters, tendons and tripe are usually available.

And what are all of these toppings?

In terms of sauces, hoisin, sriracha and fish sauce are there to mix in. However, pho purists usually suggest savoring the broth in all its glory before going overboard with sauces and herbs. 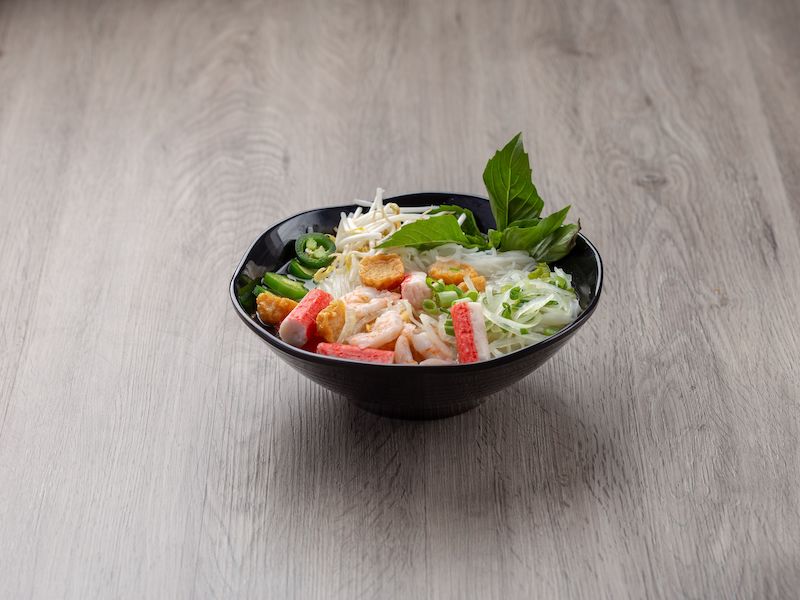 Which broth is which?

Here’s a simple breakdown for the most common phos you’ll see on a menu: 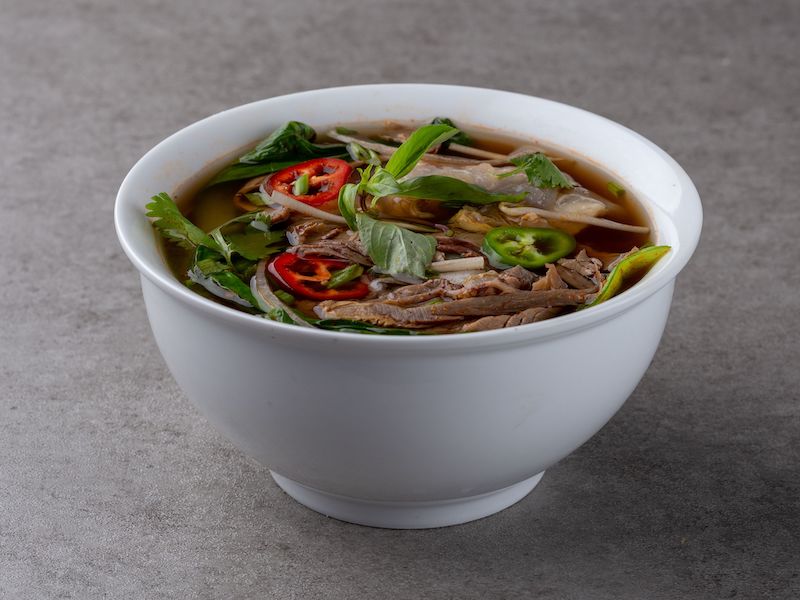 Craving hot, savory pho? Of course, you are.